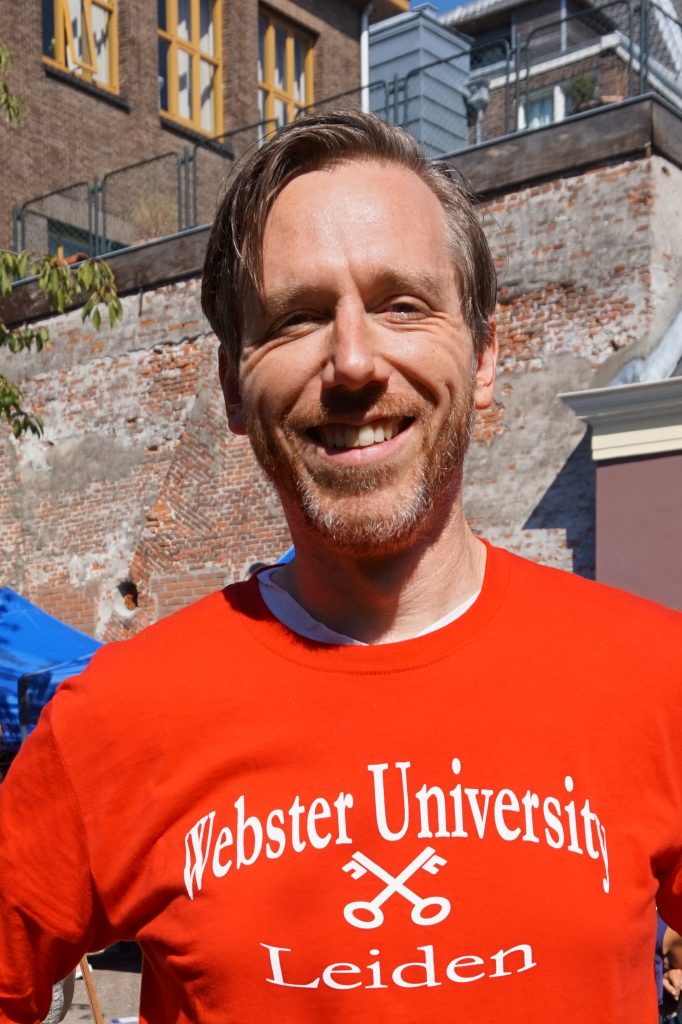 Brett Kosterman was born in Portland, Oregon and originally came to Europe in 2000 to study in Italy. He moved to the Netherlands in 2003 and became a graduate student in Counseling Psychology at Webster Leiden last year.

“The program uses a humanistic approach to counseling. It’s mainly geared towards setting up a private practice but students can also go on to do internships and work at companies. One of my cohorts is heading to Singapore next year to do an internship with a mental health organization. I don’t know yet what I’ll do after I finish. I’ll need to do postgraduate specialization so I’ll be studying for the next two to three years.

Ethics has been my favorite course at Webster so far. It was set up in a way where we were presented with an issue with no right or wrong answer. We studied different approaches to them instead. We have a very large multicultural class in the program with six or seven nationalities. To hear the different perspectives everyone brought to the table was something that was really nice.”