Faculty in the Spotlight with Marcel de Lijster 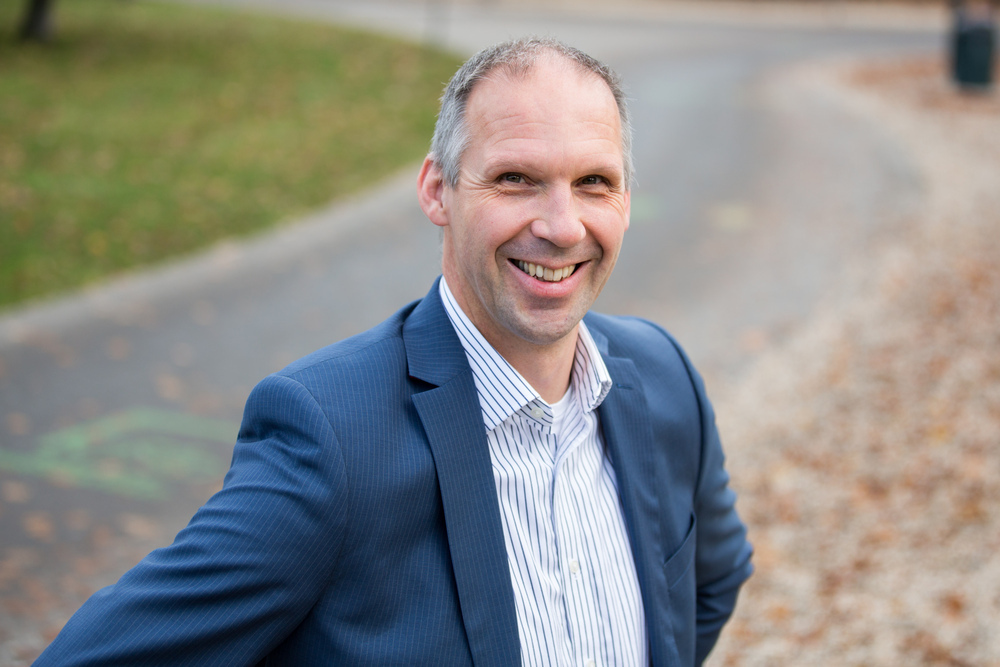 Professor De Lijster has lived in the Netherlands all of his life. He earned his bachelor’s degree from a college in the Hague before he began studying at Webster Leiden. He completed a master’s in Business Administration with an emphasis on Management in 2003.

“I spent a lot of time in this very classroom,” Professor De Lijster said during a recent interview on campus. “So I know student life here quite well, I can tell you.”

Along with continuing his career in the financial sector, he began working at the university as a professor in 2004. In 2015, Professor De Lijster switched gears and became a Talent Manager and Trainer for DIOR Academy where he coaches young professionals on their personal and career development. At Webster Leiden, he currently teaches courses in the departments of Behavioral Sciences and Business Management.

“I started by teaching a class called Organizational Behavior,” he said. “The one I teach most often now is Management Theory and Practice. For that class, just last week, I had the students work on a project where they had to run a large restaurant for one night. They had to think about logistics like how to organize their employees and handle reservations for sixty tables.”

In many of Professor De Lijster’s classes, students learn valuable management skills that they can use while they pursue careers in a wide variety of fields. He addresses issues that include team development and tips on how to keep workers motivated and productive. His additional classes also cover a larger range of topics.

“During the summer months, I teach a class called The Psychology of Judgement and Decision Making,” he said. “It covers our thinking on decision making and judgement. How we make decisions and how our biases influence them. The great part of that course is when students start to realize that, while they might think they’re making rational decisions in every corner of their lives, that it’s actually quite difficult. We’re influenced by things like subjectivity and what’s called ‘bounded rationality.’”

While teaching classes and working at DIOR Academy, Professor De Lijster educates students and professionals that are taking their first steps into the working world. When asked what advice he would give to a person embarking on a new career, it was this:

“Stay open minded,” he said. “There’s a sentence by Stephen Covey, the author of The 7 Habits of Highly Effective People, that comes to mind. ‘Seek first to understand and then to be understood.’ There’s many things going on in the world and we often don’t understand it all. So we should stay curious while we make choices.”