Faculty in the Spotlight: Marije Balt

For Professor Marije Balt, diplomacy has no secrets. She worked as a diplomat for the government of the Netherlands for 12 years before she began teaching at Webster Leiden. “I was posted at the embassy in Kenya in Nairobi when a colleague said to me, ‘This is Africa for beginners, easy stuff. This is a safe country, nothing’s going to happen,’” she recalled. “Then, in 2007, a crisis erupted. I was confronted with how quickly an entire country can destabilize.”


It was similar to what Professor Balt witnessed in the 1990s as an exchange student in Budapest while she was working towards her master’s degree in International Relations from the University of Amsterdam. There she witnessed hundreds of refugees fleeing across the border from the war-torn Balkans. Her experiences in conflict-affected areas later helped her earn a position in the Stabilization and Peacebuilding Unit of the Dutch government’s Ministry of Foreign Affairs.

Her field missions with the organization involved collaborating with military officials, political leaders, human rights activists, and everyday citizens. Professor Balt left the Ministry about six years ago but continues to work as a political scientist with diplomats and others through her advisory firm, SpringFactor.

Professor Balt now shares the knowledge and experiences she’s built up during the course of her over twenty year career while she teaches classes at Webster Leiden. Her two favorites are Conduct of Foreign Policy and Politics of Peace.

“Politics of Peace is a continuous discussion,” she said. “I don’t like to teach and have the students just listen and sit there. It’s more like a workshop with simulations and guest speakers. In the diplomacy course, we look at the foreign policies of various different countries, ranging from Russia to Nigeria. The goal is to get students to look at the world from a different perspective.”

During her classes, Professor Balt places an emphasis on the practicalities of real world politics.
“I try to teach my students how diplomacy works in practice,” she said. “You can read theories about international organizations, law, and human rights, and you should, but it never works like that. Going out there and finding out for yourself what role politics plays opens your eyes.”

Professor Balt also likes to take her students out of the classroom. She often arranges school trips to international organizations in the Hague. “I also took groups to the European Union’s offices in Brussels,” she said. “Sometimes, the students are a bit timid when we visit these organizations. Then they get to interview officials and representatives and realize they’re just people. They often love to talk about their jobs and experiences. I try to get the students to realize these are systems they can get to know and even join as part of their careers.” 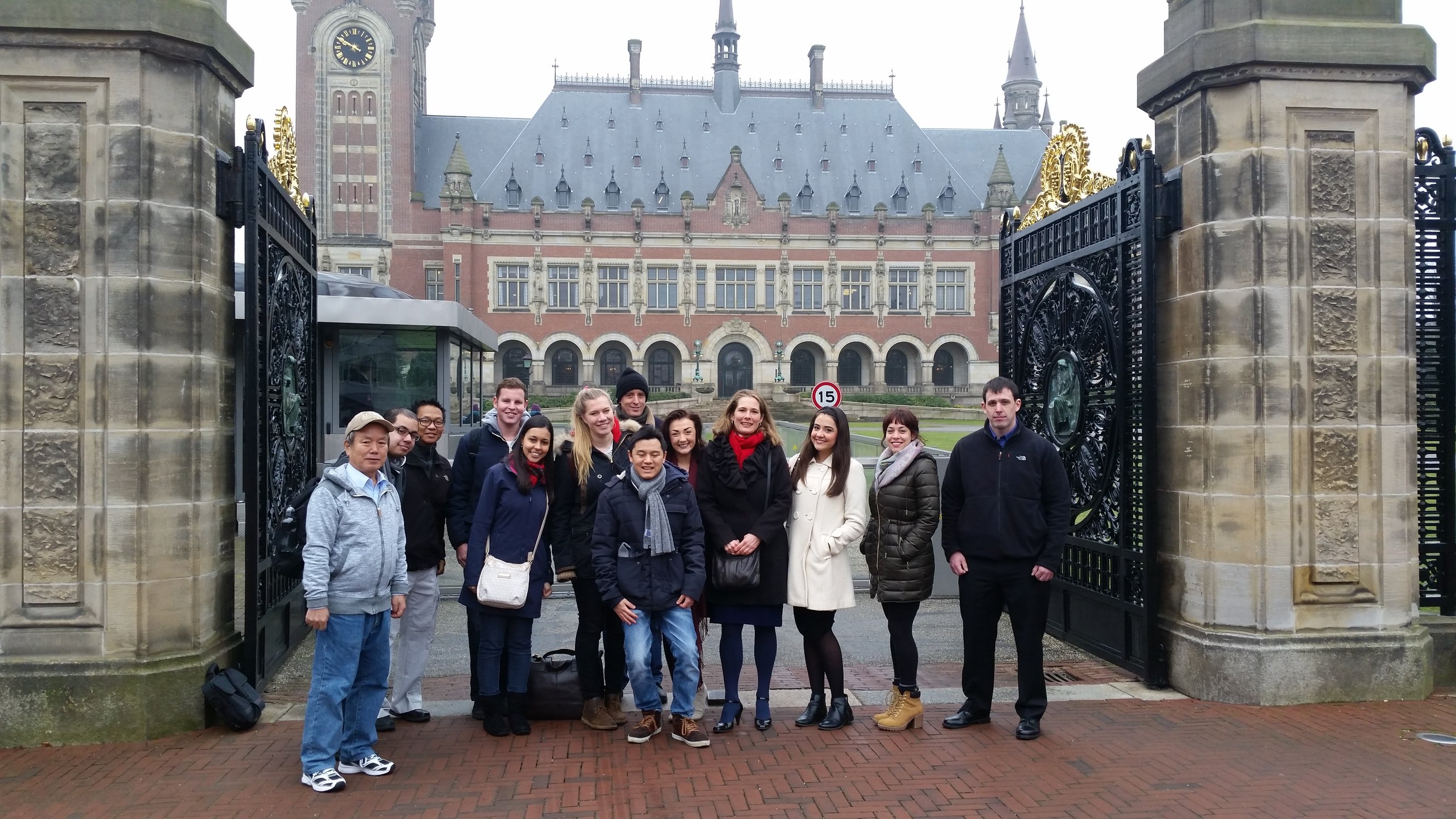 Her other career tips? Learn to speak foreign languages and follow your curiosity!