Student in the Spotlight: Mariya Shcherbinina

Mariya Shcherbinina is a graduate student currently working towards her master’s degree in Counseling at Webster Leiden. In this interview, she discusses her favorite class at the university, the podcast she co-hosts, and her goals for the future.

I’m Ukrainian. I was born and raised there. When I was 17, I moved to Spain for four years. Now I’ve been here in the Netherlands for two. I would consider Ukrainian to be my nationality but Kiev and Madrid? Those two are my hometowns.

Why did you decide to come to Leiden to pursue your master’s degree?

I did my undergraduate work in Spain at St. Louis University’s Madrid campus. I did a double major in Psychology and Communication. It was an American university so I decided I wanted to apply to another American program for my master’s degree. My options in Europe were quite limited. I applied to three schools: Webster Leiden, one in Rome, and one in Brussels. I’d been to the Netherlands before as a tourist, it seemed like a perfectly nice place, and I could speak English here instead of learning the local language. So it seemed to be the logical choice.

Do you have any favorite classes?

I enjoyed the psychopathology class that I took with Professor Stephanie Kustner. I love learning about mental disorders. It was interactive, which I appreciated. It’s all fun and games to learn about these in theory but, when you’re studying actual cases, it gives you an opportunity to apply your knowledge. For example, in a class on schizophrenia, we watched a YouTube simulation of what it feels like to experience a schizophrenic episode. We also looked at cases on paper that included a person’s short biography and we had to figure out how their symptoms matched certain disorders and how to diagnose and treat them.

What’s the topic of your thesis?

I’m writing about Ukraine’s “Lost Generation.” They were born and raised in the Soviet Union but, when it was time for them to start being employed in their 20s, it had collapsed. They had to quickly adapt to living in a new Ukraine that was capitalist. One of things I’m looking at is how the historical aspects of Ukraine’s divisions affect a person’s resilience and their outlook on their national and personal identity.

And you’re currently doing an internship. What has that been like?

I guess my title would be Psychotherapist in Training. It’s here at the Counseling Center at Webster. We recruited a group of clients and we’ve been working with them for fifteen weeks. We’ve been providing basic psychotherapy and counseling for various issues ranging from depression to anxiety to expat issues to eating disorders.

You’re also the host of a podcast. What sort of topics does it cover?

It’s called Bi Positive. It’s about the experiences of bisexual and queer people in general. I started it with a colleague here at Webster and we had our tenth episode last week. We wanted to have more representation of bisexual people. It’s something that’s close to my heart and I’m also involved with Leiden University Pride. It’s been a wild ride of interviewing people and sharing our own experiences.

What are your plans for after you graduate?

A group of my colleagues and I plan to open a practice in the Hague. We hope to be open by September but it all depends on the Nuffic, the NIP, the certifications, and all the licensing. We really want to just dive in. 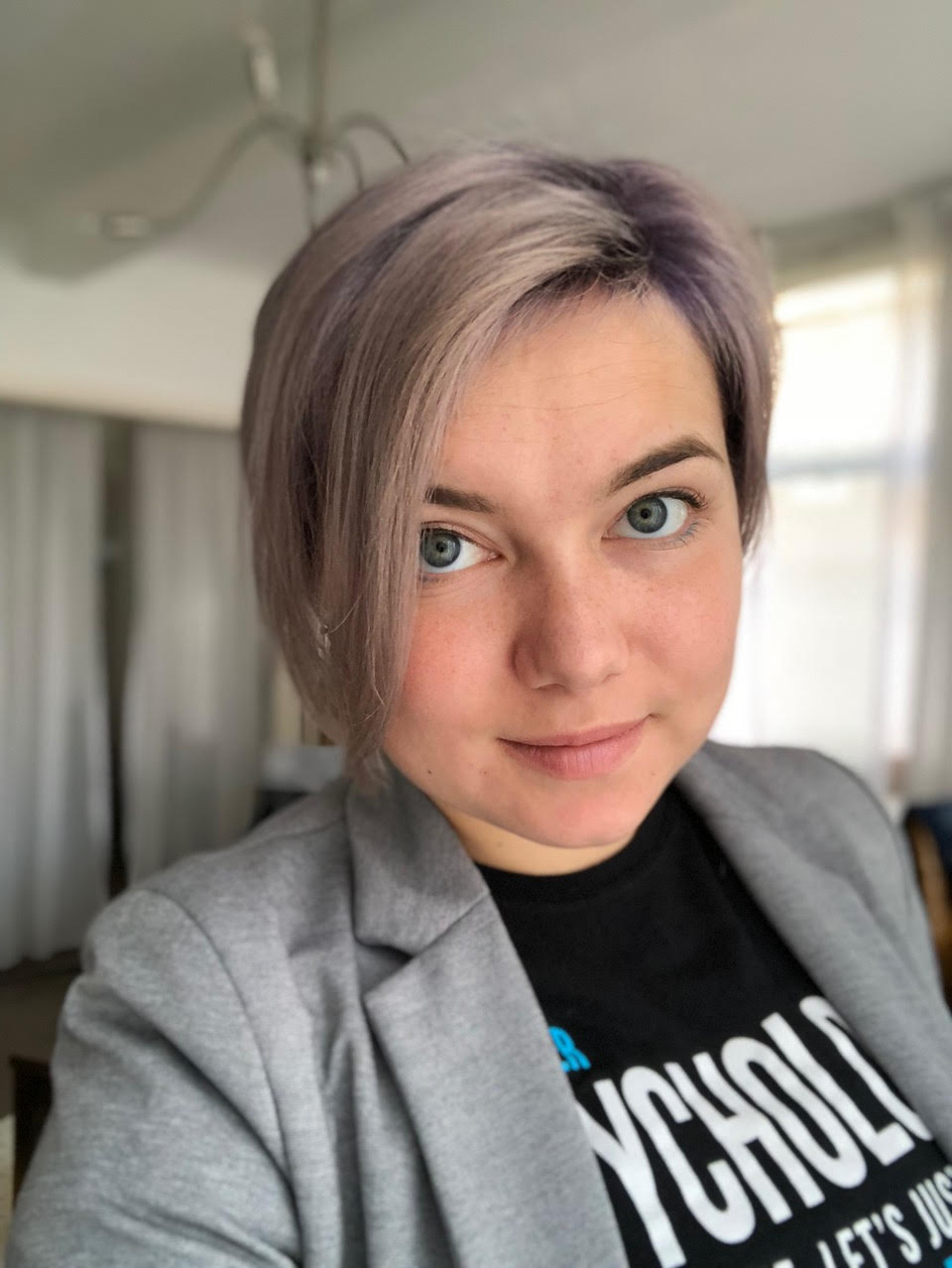