The delegation was recognized by director Prof. Dr. Jean Paul van Marissing and the International Relations (IR) department on Tuesday at the main campus. The group was packed with first-time MUN’ers: seven new delegates joined new Leiden-Campus MUN Assoc. chief, Annabelle Boendermaker, in a success story which raised-the-bar for the award-winning student organizations of Leiden.

“You’ve been very successful, as a group… so take a moment to realize that you have been so successful and let us thank you for that,” van Marissing said.

This is the third consecutive year Leiden has brought accolades back to Zuid Holland and the first time two delegates sat as chairpersons of the same committee: Julia Overbeek and Neha Purswaney headed the United Nations Human Rights Council (UNHRC).

IR Dept. head, Dr. Nives Rumenjak, gave a brief history of the Leiden-Campus MUN Assoc. in order to honor past chairs Vesna Ratkovic, Marnix Francot and Jose Weinberger. The ceremony was in honor of all Leiden-Campus delegations since the inception of the club in 2015.

“I think all good things have a past, present, and a future, but I cannot remember a time when we have returned with so many awards,” Rumenjak said.

McGraw, a St. Louis native, usually stays away from topics of debate unless it is among family and friends, but WebMUN was a chance to contribute to something special during her last undergraduate year as an IR student.

“I had it worked-up to be, ‘…that everyone was going to know a lot more than me. It was going to be this big, scary thing that I couldn’t keep up with,’” McGraw said.

But being one of the ‘big’ powers in the room had its advantages for McGraw and Russia in ECOSOC.

MUNs come to the classroom

Another fourth-year IR undergraduate, Boendermaker, transferred from the Leiden business program after a short stint of sophomore-year soul searching.

“When I took over the association, I was very excited and very apprehensive; the semester before was my first MUN and also my first year of studying International Relations,” she said.


The jump to Rumenjak’s IR program had some surprises in store for Boendermaker. Coming from a business-school perspective, Boendermaker said the IR field offered-up much more of what she really cares about.

“It’s one thing to read about it, but the excitement and interest being at a conference gives you… it’s just incredible,” she said.

And the IR programming the Leiden-Campus is set to unveil delivers on the ‘incredible’ - Rumenjak took the moment to share her excitement about the return of course offerings in 2019 focusing on model United Nations events.

“We will be going to Amsterdam University College Model United Nations (AUCMUN) as part of the course.

And, at the graduate level, our course relating to international organizations will focus on the United Nations and participation in AUCMUN,” Rumenjak said.

For McGraw and Boendermaker, the upcoming classes provide an opportunity to bring their MUN experience to the next group headed for the conference circuit in Europe; the delegation will attend up to three MUNs on the continent in 2019. Boendermaker is confident:

“This group just dives right in and does an incredible job,” she said. 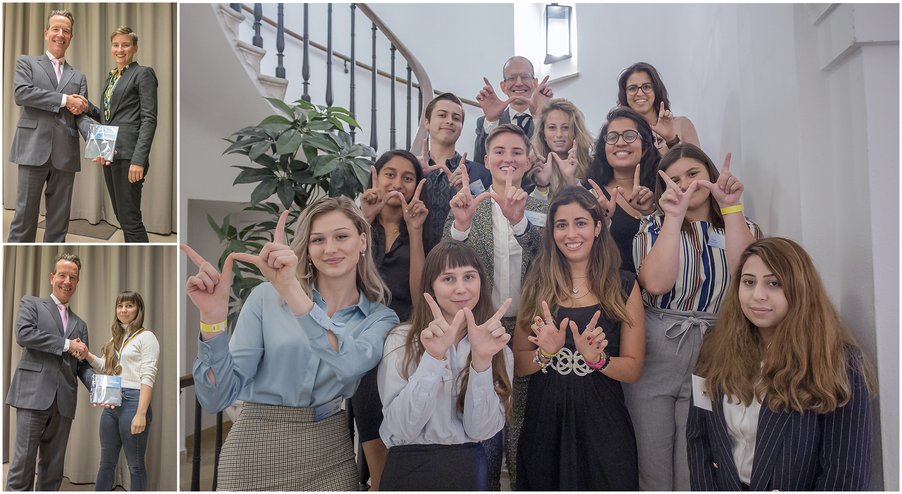