Jill Adler, JD, is the Director of the East-West Parliamentary Practice Project (EWPPP), an independent non-profit organization headquartered in Amsterdam. The EWPPP has developed and implemented capacity building programs for parliaments and civil society organizations in emerging democracies throughout Eastern/Southeastern Europe and Eurasia since its establishment in 1990. She is an adjunct professor at Webster Leiden Campus, in the Department of International Relations, as well as Dutch universities, and served for many years on the Board of the Netherlands-America Fullbright Center. Adler currently serves on the boards of several nonprofits, including the Albanian-American Development Foundation, (AADF), Kosovo Institute for Development Policy (INDEP) and the American University in Kosovo (A.U.K). Adler is the recipient of the Albanian Medal of Appreciation from the President of Albania as well as the Hungarian Cross of Honor. Adler received her Doctor of Law (JD) from Georgetown University Law Center. 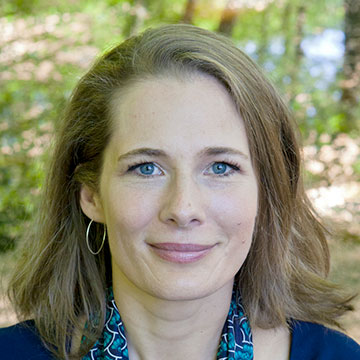 Marije Balt, MA, is a foreign policy advisor and former Dutch government diplomat. In her 25-year career, she has worked and collaborated in fragile regions in Africa and the Balkans, and was posted in Brussels with the European Union, as well as in Nairobi. She has also worked as a lecturer and taught more than 30 international relations courses to undergraduate and graduate students. She is currently pursuing her PhD focusing on EU foreign policy in the Sahel region.

Maarten Biermans (1974) is responsible for the Sustainable Capital Market Solutions at Rabobank. With the issuance of Green Bonds and Sustainability linked loans, he helps with advancing sustainable finance across the globe.

Before joining the bank Rabobank as the head of ESG policy, Biermans worked as a strategy consultant specializing in Responsible Investing within the alternative asset classes.

Biermans has dual master's degrees in Economics and Philosophy from the University of Amsterdam, where he also obtained his PhD in Economics. While working on his dissertation, he was a visiting scholar at Stanford University.

Biermans is a member of the Excom of the Green Bond Principles and the UNEP FI Social Issues Advisory Board, and is a board member of the Netherlands Network of the UN Global Compact. He also contributes to the international think tanks on improving and advancing the link between sustainability and capital markets. He frequently teaches at various institutions of higher learning on topics such as international political economy, microeconomics and business ethics.

Bram Boxhoorn is director of the Netherlands Atlantic Association ('Atlantische Commissie'), a cross-political party organization that focuses on transatlantic security issues, such as the role of NATO in the Euro-Atlantic security framework, NATO-EU and EU-US relations, and NATO-Russian relations. Previously he was assistant professor at the University of Amsterdam, where he read European history and international relations. He received his PhD in History at the University of Amsterdam in 1992. From 1988–1996, he lectured at Webster University (Leiden) on international business developments. 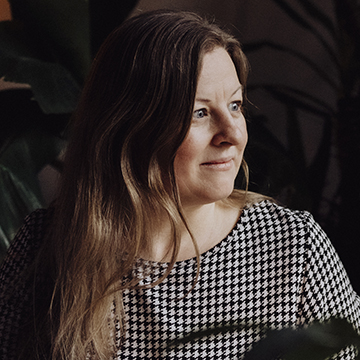 Iwona Guść earned her PhD in film history from the University of Groningen (the Netherlands). Between 2010 and 2014 she was appointed as a researcher at the NIOD Institute for War, Holocaust and Genocide Studies in Amsterdam and contributed to a project on antisemitism. She has held postdoctoral fellowships from the Göttingen Institute for Advanced Studies (Lichtenberg-Kolleg) and Imre Kertész Kolleg in Jena, and Center for Holocaust Studies at the Institute for Contemporary History in Munich. She is connected to Webster’s International Relations program as a lecturer since 2018. She is also appointed as lecturer at the Erasmus School of History, Culture and Communication, within the department of History. Her research and teaching encompass topics on modern Eastern European history, Holocaust and antisemitism, human rights, and migration. 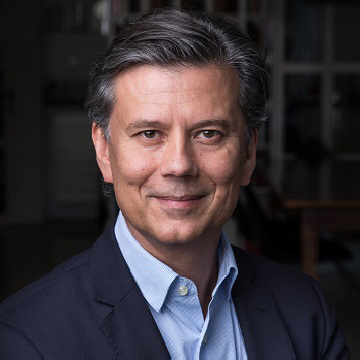 Piotr Perczynski, PhD, earned his graduate degrees in International Relations and Political Science from Warsaw University and was awarded scholarships at Oxford University, Leiden University and University of Amsterdam. He was a postdoctoral researcher on political theory at Leiden University (1998-2001) and senior lecturer at the European Institute of Public Administration (2006-2009). He has also served as a head of Political Cabinet of the Deputy Prime Minister, as a national coordinator for Performance Budget (statutory authority) and a Vice-Ambassador of Poland to the Netherlands (2012-2016). Currently, he is a lecturer on politics and international relations and is doing research on the work of Machiavelli and Castiglione. 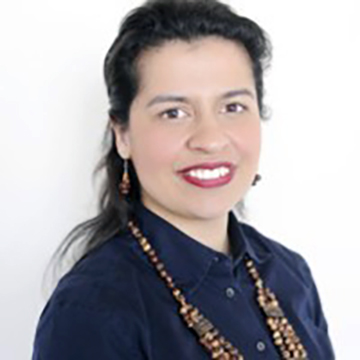 Naya Pessoa, JD has over a decade of extensive global experience in promoting human rights and justice. Currently serving as the co-founder of the International Center for Amazonian Indigenous Knowledge, Pessoa is focusing on indigenous rights for groups in the Amazon and diaspora groups in the Netherlands. Before this position, she specialized in alternative dispute resolution at the Permanent Court of Arbitration (PCA), the original international court of the Peace Palace. While at the PCA, Pessoa worked on 100+ cases, focusing primarily in Latin America on legal issues, including human rights, environment, territorial boundaries, sovereignty, and investment treaties. Pessoa’s first position in the Netherlands was advocating for fair trial processes as an International Criminal Process Clinic fellow at the International Criminal Tribunal for the Former Yugoslavia in The Hague. Prior to that, during her law studies, she advocated for indigent clients as an Americorps Fellow working on the Immigration Rights Project (USA). Pessoa earned her Juris Doctorate from New England Law Boston, and her Bachelor of Arts in Spanish and Political Science (cum laude) from the University of Florida, and has participated in special course modules at the Universidad de Guanajuato (Mexico) and Leiden University (the Netherlands). She is currently teaching courses such as Race & Criminal Justice Systems in the Political Science Department. 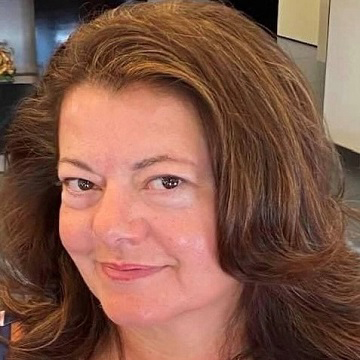 Nives Rumenjak, PhD, has more than 20 years of transnational experience in research and teaching of modern history, politics, international relations and human rights. She is the head of the International Relations Department at Webster Leiden Campus, focusing on experiential education for multilateralism, social justice, sustainability and human rights. Currently, Rumenjak serves as associate of the Center for Russian, East European and Eurasian Studies at the University of Pittsburgh, and she is a fellow of Webster University’s Institute for Human Rights and Humanitarian Studies. As a part of the editorial board of the Connections for Sustainability Journal, she promotes scholarly research on sustainable development. Rumenjak regularly participates in the European Social Science History Conference, and the Convention of Association for Slavic, East European and Eurasian Studies. Previously, Rumenjak held a research position at the Croatian Institute of History in Zagreb, where she published two books on modern nationalization and sociohistorical prosopography of the Serbian elite in Croatia. Her most recent article, titled "Freedom of expression in multicultural societies: Political cartooning in Europe in the modern and postmodern eras," is published in "Empedocles: European Journal for the Philosophy of Communication" (EJPC 10.2). Rumenjak has taught a variety of graduate and undergraduate courses, including BA and MA theses, The World System Since 1500, Human Rights: Freedom of Expression, Imperialism Past and Present, Global Civil Society, History of Genocide in Modern and Contemporary World, Racism and Slavery in the Modern World History, and International Political Economy.

Rumenjak obtained her PhD, MA and BA, all in History, from the University of Zagreb. 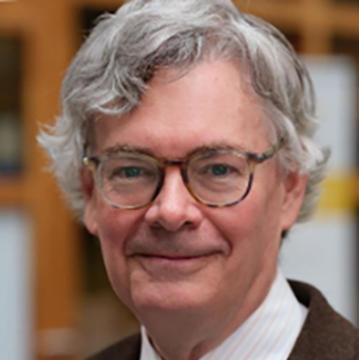 Daniel Russell, LLM, has lectured at Webster Leiden Campus since 2006, in the department of International Relations. Courses taught include Public International Law, Negotiation, Diplomatic History, Comparative Politics, World Systems Since 1500, International Affairs, Politics in the Industrialized World and Conduct of Foreign Policy. Russell graduated from Holy Cross College, has law degrees from Leiden University and the University of Louvain, and did postgraduate work at New York University and the Hague Academy of International Law. He worked on several research projects for the Leiden law faculty, notably in the fields of energy, environmental law, and air and space law, and for the past twenty-five years has lectured at both the bachelor’s and master’s level at Webster Leiden Campus, Nyenrode, and The Hague Universities. He has been a judge at the Telders Moot Court, International Court of Justice for the past twenty years and is a member of the Royal Dutch Society of International Law. 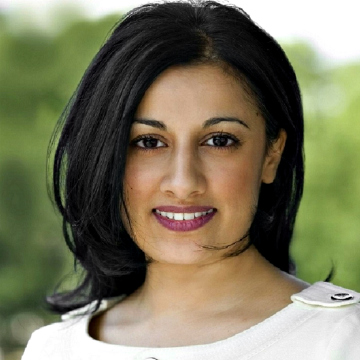 Naema Tahir, PhD, has been a lecturer at Webster Leiden Campus since 2019, teaching courses on human rights and political science. She is also a researcher at the Utrecht Centre for European Research into Family Law (Utrecht University). Tahir is Assistant Professor at University College Roosevelt (UCR) in Middelburg and at Leiden University College (LUC), where she teaches a variety of courses on law, human rights, gender and world religions. Her PhD dissertation (2019), "The Arranged Marriage, changing perspectives on a marital Instituteon," analyses the arranged marriage system and the human rights standard of full and free consent. From 1996 to 2006, Tahir practiced law at various Dutch and international organizations including the United Nations High Commissioner for Refugees (UNHCR) in Lagos, Nigeria, and the Council of Europe (COE) in Strasbourg, where she specialized in social and economic rights, particularly in Article 19 of the European Social Charter relating to the right of migrant workers and their families to protection and assistance. Tahir is a member of the Editorial Board of Amnesty International’s magazine Wordt Vervolgd. She is also a member of the Human Rights Commission of the Advisory Council International Affairs of the Dutch Ministry of Foreign Affairs. In addition, Tahir has authored many books and articles on migration narratives and the interplay between human rights, tradition, and modernity in the lives of immigrant women. In 2022, her book "Breaking Eurocentric frames on Arranged Marriage" will be launched by Publishing House Eleven. 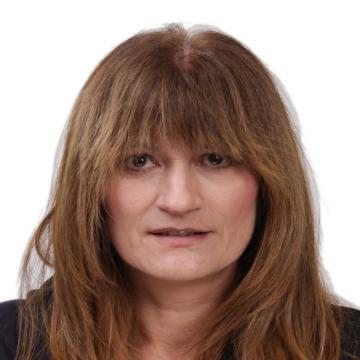 Tromp received her PhD from the University of Amsterdam. She has been teaching in the Department of European Studies at the University of Amsterdam since 1992 and in the Department of International Relations at Webster Leiden Campus since 2018. From 2000 to 2012, Tromp worked as a researcher for the Leadership Research Team in the Office of Tribunal's Prosecutor at the UN International Criminal Tribunal for the former Yugoslavia, and she was principle researcher on history and politics in the trial of Slobodan Milošević. She is co-founder and executive director of the Geoffrey Nice Foundation on Law, History, Politics, and Society in the Context of Mass Atrocities. Tromp's interdisciplinary research explores the interplay between law, justice, history, politics and society. She teaches on the following subjects: theories and history of human rights, humanitarianism in international relations, post-conflict societies, legal response to mass atrocities, and history and politics of post-communist Europe. 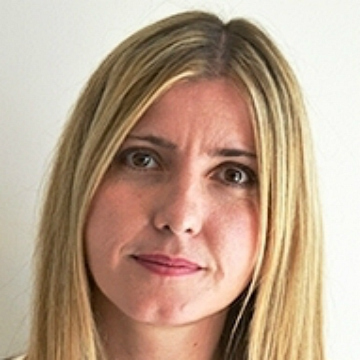 Maja Vodopivec obtained her PhD in Japan's postwar history and MA in Peace and Conflict Studies from Tokyo University of Foreign Studies. Her research interests lie in Japan's intellectual history as well as peace and conflict studies with a focus on the Korean peninsula. Since 2013, she has been an assistant professor at Leiden University College. At Webster, she has taught summer graduate course in Asian Area Studies and Non-Western History.
©